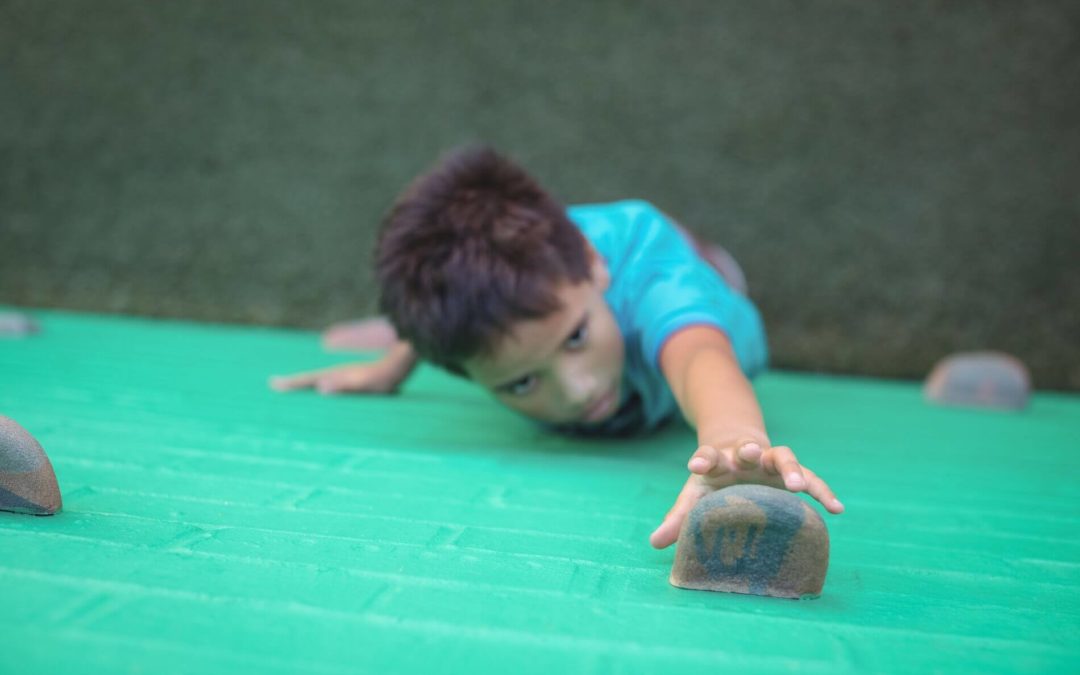 What is DIR?
What is Floortime?
DIR Glossary

Developmental, Individual differences, Relationship-based (DIR) Expert Training Leader, Colette Ryan, is an infant mental health specialist, a doctoral student in Fielding University’s Infant and Early Childhood Development program, and a parent coach in the International Council on Development and Learning (ICDL) DIR Home Program. Today we’re covering the Functional Emotional Developmental Capacities (FEDCs) in Floortime and how we can gauge our own capacities in meeting our children where they are developmentally.

When parents are new to Floortime, and even when you get to be more familiar with the model, the Functional Emotional Developmental Capacities (FEDCs) are confusing. They are the early social-emotional developmental capacities that help make that foundation upon which our children grow and develop into academics and beyond, or the developmental ladder. Floortime is also about gauging our own capacities which help us support our children’s capacities.

We need the early capacities in order to learn. Some more traditional models think they need to go right into teaching and learning. In Floortime, we know there’s stuff that comes beforehand: the early Functional Emotional Developmental Capacities (FEDCs). In these early capacities we learn basic executive functioning skills that allow us to then learn later on. Dr. Gil Tippy describes them as foundational education: the piece we need to learn.

In neurotypical children, the early six capacities we talk about tend to be in place by the time they start kindergarten. In our children who develop differently, they can come much later. Every child has different constrictions in their individual differences that affect their capacities.

Capacity 1: Self-regulation and Interest in the world

Colette likes to think of feeling and being safe as ‘Capacity Zero’. We need this to move into the first six capacities. We are all born with attachment-promoting behaviours. Babies fit perfectly on our shoulder, they smell good, and ‘coo’ us into interactions because they need to entice someone into a Relationship to be their caregiver. This helps them feel safe and trusting in a nurturing relationship.

Being regulated is being able to stay calm, be able to focus, be open for interactions and play, be able to take in everything that’s going on around us, make sense of it in their body and be ok with it all in order to interact. You can’t be regulated if you don’t feel safe. If children are overly sensitive to sounds, for instance, they constantly feel threatened by their environment and can’t feel safe.

Colette points out that it’s a perceived sense of safety. Everyone’s is different. If your perceived sense of safety is threatened by loud noises, you will go into fight or flight in loud places. I gave the example of being terrified of dogs. Colette is terrified of frogs. Imagine now if you are being told to sit and learn. Your cognitive load is all going to making sure you feel safe. There’s nothing left over for learning.

Whether they’re learned fears or innate, biological fears, it doesn’t matter. A sound sensitivity might be more biological whereas the fear of insects might have been learned from watching Mom have a fearful reaction to spiders. Colette points out that we learned from pediatrician and psychoanalyst, Donald Winnicott, that the first mirror for any child is their mother.

I added that with parents of autistic children, you may have both genetic and environmental factors at play because the parents might be autistic as well, and thus sensitive to certain environmental factors. Then you also have the genetic inheritance on top of that. So, there could be many things impacting that sense of safety which impacts how you can feel regulated and then be able to attend to the world.

This capacity is about getting that ‘gleam in the eye’ while the individual is feeling safe and regulated. Dr. Greenspan called it that ‘falling in love’ feeling, or Colette calls it that ‘ooey gooey’, ‘feel good’ relationship with another person where the interactions feel good on both sides. She gave the example of how she loves the Dave Matthews Band but her husband doesn’t, so if they are at a concert together, they both had shared attention, but their experience was different from each other unlike when they both enjoyed the Elton John concert.

I also pointed out that as our children master these capacities, we want to see the capacities being robust across people, environments, situations, and also while in a negative emotional state. Sometimes you can be regulated and engaged when you’re in a good mood, but you can then have a tantrum when you are in a bad mood. I pointed out that my son can now engage with me while he is distressed. So, it might not only be sharing happy experiences together, but you might be sharing a fearful moment together while engaged with each other.

Colette thinks about attunement as being important in the first two capacities. We need to be able to attune to different people and environments. We need to be able to support an individual with attunement in these situations. This is where Individual differences comes in. We need to figure out what we need to do ourselves to make it an ‘ooey gooey’ environment for the individual. We might need to bring our affect down, for example, in order to have that co-regulating engagement with each other.

Colette thinks about attunement as being important in the first two capacities. We need to be able to attune to different people and environments. We need to be able to support an individual with attunement in these situations. This is where Individual differences comes in. We need to figure out what we need to do ourselves to make it an ‘ooey gooey’ environment for the individual. We might need to bring our affect down, for example, in order to have that co-regulating engagement with each other.

Are you thinking of your own agenda while your child is distressed or are you able to tune in to that emotional state that they’re in and match where they are and empathize with them? And Colette adds reading cues is important. Being able to read a cue that a child sends when they are starting to dysregulate is important for attunement. You need to take a step back to reduce the sensory input when they are becoming dysregulated. Some of our cues, as well, are very non traditional.

As adults, Colette adds, we tend to go in quite high, such as asking questions, which is at the 6th Capacity. If the individual is at Capacity 1 and 2, they won’t be able to answer.

In order to get to purposeful interaction, we want to know that our child feels safe, is regulated, and engaging with us. When we’re working on getting these circles of communication with our children we often initiate the communication or offer choices so they get practice responding so they can eventually have the confidence to initiate themselves. Colette says that we want to attune so it feels good and easy for them to communicate. If your affect is too big or we come in too high with questions, the cognitive load is too high processing so there’s nothing left for the interaction.

In neurotypical children, this happens before verbal language even begins. It’s non verbal, gestural, affective reciprocal interactions including tone of voice and facial expressions. It’s the little one who lifts their arms up to be picked up. Pointing is a gesture. We nod our head. Why does that mean ‘yes’? It’s because we’ve assigned it meaning, Colette explains. Sometimes our children haven’t yet made meaning of all of our gestures but they might make their own. Colette gives the example of a child who kicked their legs when they were happy.

Colette says that in this capacity is where we can really experiment with affect. She says not to be afraid of going ‘over the top’ which helps the child give meaning to the gestures. We can pair words with action and affect to give meaning. With my son who is very upregulated, I need to slow down my affect and be quiet to help him be at that optimal arousal level. Bringing our pacing down allows for the individual to have more processing time, Colette adds. Sometimes if we use an entire sentence, our children might only hear the first and last word. I gave the example of hearing a new language. If a native speaker speaks quickly we find it difficult to follow.

I added that my son now will ask me, “What’s that, Mama?” when I use a word he’s not familiar with, but when he was younger, he wouldn’t, so I might use words he had no meaning for. Colette said that this can sometimes be construed as misbehaviour and that the child isn’t listening. If they don’t have a meaning for what they’re told to do, then they won’t be able to do it. Colette adds that children with motor difficulties might not be able to do certain gestures such as pointing, but they might be able to motion with their whole hand. The cues may be non-traditional, but they’re still there and they are still communicating.

The affective reciprocal communication is so important especially for non-speaking older children. It’s the affect that is so important. The affect really draws you in. Genuine affect doesn’t necessarily mean loud and boisterous. It’s just about exaggerating gestures, facial expressions, etc. even if quiet. Using big affect and appropriate affect will draw someone in. You’ll find that if you do something you enjoy, the affect will come out more naturally. This includes speaking your native language with your child. The ‘ooey gooey’ relationship is in the language that has your affect to it.

We need to be aware of our own regulation and engagement in order to be able to interact with our children and be able to be attuned to our child. It’s called ‘Goodness of Fit’, Colette points out. We might have to do things that are more difficult for us in order to fit in with another person. She loves applying the gift of time to another individual. We are fast processors, but for some individuals that’s hard to do. They take a long time to take in the information. They have to process it and their brain sends out a reaction to it.

We’ll continue our discussion next week in Part 2.

This week let’s take note of where our child is in any given moment, developmentally, but then also check ourselves. Are we regulated? Are we engaging and relating with our child emotionally in the moment through attunement and empathy?

For example: If you try to interact with your child and your child seems to be not interested, are you talking too much? Asking questions? Being directive? Ignoring what the child might be paying attention to? Not just being with your child in the moment?

Thank you to Colette for providing such helpful descriptions of each foundational developmental capacity in the DIR Model and how we can gauge our own capacities in meeting our child’s developmental needs in any moment. I hope that you learned something valuable and will share it on Facebook or Twitter and feel free to share relevant experiences, questions, or comments in the Comments section below. Stay tuned for Part 2 next week!

Until next time, here’s to choosing play and experiencing joy everyday!