The Importance of Preverbal Affective Signalling 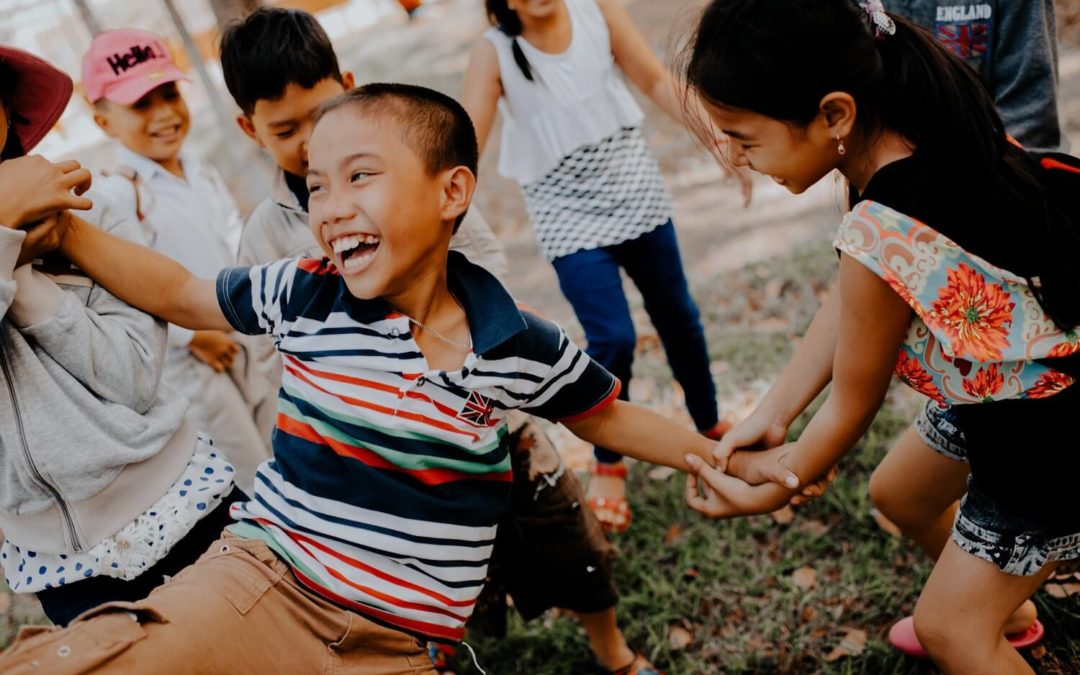 This week, mental health counsellor and DIR Expert Training Leader, Gene Christian in Spokane, Washington is back with us to reiterate the importance of the preverbal affective gestural system to development. Gene says that this preverbal affective signalling, or non-verbal communication, was the most important aspect of the Developmental, Individual differences, Relationship-based (DIR) Model to Dr. Stanley Greenspan, especially in the first four functional emotional developmental capacities.

Gene has expertise on attachment as well through the Circle of Security model, the world’s best known attachment intervention, and says that we need to understand DIR and attachment together. Gene says that Dr. Stanley Greenspan felt that the preverbal affective gestural system is the core that knits together development in the 1st four capacities and in attachment.

The Importance of Preverbal Affective Signalling with Gene Christian

Why is it important?

Gene says that Dr. Greenspan was a physician who used medical terms and he talked a lot about catastrophic emotions. We all learn through our interactions with our primary caregivers to grade emotions in the fourth capacity of Complex Communication and Shared Problem-Solving. That’s the point when the child begins to deal with the reality principle, Gene says.

Preverbal signalling is our first language.

The first capacity that Dr. Greenspan thought was so critical was shared regulation and shared attention. You can’t share attention even in the most minimal way unless you can stay regulated, which is affected by individual differences such as pain, sensory impact, sensory differences, etc. Nobody can learn to regulate without the help of others. Attachment styles can change as a function of the relationships you have throughout life, but the first six weeks of life is basically the infant crying and the mom soothing her.

Until you learn to use your preverbal affective signalling, you’ll continue to have catastrophic emotional reactions, and that is why Dr. Greenspan stressed these early capacities in human development so much. Dr. Stuart Shanker’s Self-Reg work talks about noticing the signs of dysregulation in our kids before the emotional outburst begins, but we all learn how to reduce the stress by using the affective system. As you become more skilled in the affective gesturing, you have more access to regulate.

In the early stages of infancy a template is set for baseline regulation. Autistic children attach at the same rate or quality as neurotypical children but it looks a bit different. The child could be hyperactive through the visual sense, for instance. One of the first preverbal signals is that a baby begins to reach for their parent’s eyes. Gene sees that as kids with developmental differences move into the second capacity of engagement, intimacy, and attachment, Gene will hear the parents say that their child is trying to grab the parent’s glasses and poke their eye. Gene says, no, he’s trying to reach for the most beautiful thing in his universe: the parent’s face!

Gene says it’s the stage when the mirror neuron system in relation to empathetic understanding of other people gets clicked on. Parents pull the baby into a more and more richness of complex signalling as we are empathetic with them. The parents carry more than 90% of the interaction at this point, but the baby is still refining their preverbal signalling. So when working with a child who is developmentally different, Gene begins to do much bigger facial expressions to help them learn the preverbal gestural system.

Gene refers to the visual cliff video online, baby will crawl over glass to mom if Mom smiles but if Mom shows alert the baby will freeze. Dr. Daniel Siegel talks about how the pre-orbital area above our eyes begins to fuse the left and right sides of the brain as we begin to integrate our personal, subjective, emotional, intuitive side with our rational side that will become our symbolic side on our left side. Our preverbal affective gestural system becomes more differentiated.

The baby learns they can affect the adult’s behaviour with their own behaviour at around 7-months-old in neurotypical development, which is two-way signalling at the third capacity. It becomes intentional, not just reactionary, where the baby develops an action pattern. Babies will start experimenting with power by throwing their bowl of cereal off their high chair, for instance. I certainly remember our son going through his ‘let’s knock over the glass of water or coffee for fun’ stage only a few years ago.

Then sense of self in the fourth capacity starts when the ego comes online and the child realizes they are different from someone else. And as they use their signalling to harness their desires, they run square into the reality principle by hearing “No!” They begin to manage and grade their emotional reactions and begin developing action pattern strategies to get what they want. So when they kick and stomp and scream, mom says no. They are also starting to get a sense of self in time. Our goal in this phase is we begin to help the child get a sense of how to solve problems.

We begin to figure out how to act across a different range of emotions. All of this is developing pre-verbally. You move through the core capacities to move from catastrophic emotions to negotiating. The fourth capacity is critically important and the first four capacities are preverbal.

A child may solve an intellectual problem but the fundamental issues of learning to stay with something long enough to withstand it, to be supported through frustration, and to feel that connection where I’m able to grade emotions and events so that suddenly instead of having a complete meltdown, you can say “Oh, bother!” It’s the bath of Relationship that leads our children into subtle, deep development.

As a caregiver or practitioner, if you don’t have that primal connection with preverbal signalling, you’re only going to go so far.

Thank you to Gene Christian again for taking the time to discuss this important preverbal affective gestural system using DIR/Floortime. If you have any comments, questions or stories to share about today’s podcast, please consider putting them in the Comments section below. Also please consider sharing this post on Facebook or Twitter and telling a friend who could benefit from Gene Christian’s experiences.

Regulation Challenges through the Developmental Capacities