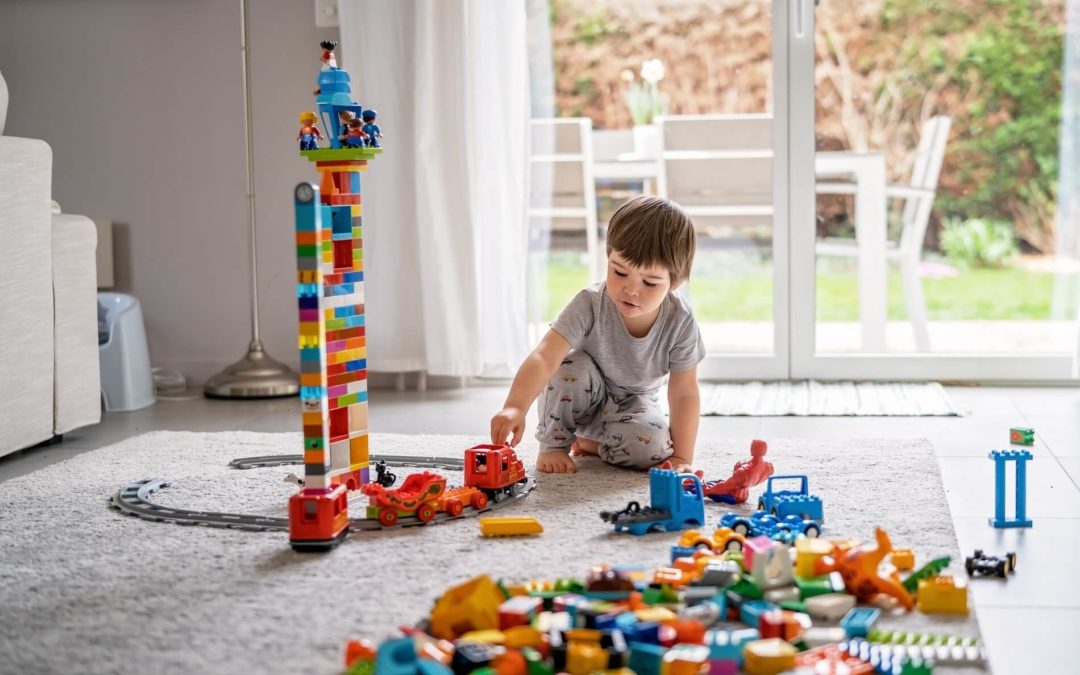 In part three of facilitating emotional thinking and logical thinking, I reflect on a newly recorded Floortime session with my son which was based on the suggestions that clinical psychologist and founder and director of the Greenhouse Therapy Center, Dr. Andrea Davis, gave us last week in part 2. I’m supporting his developmental process as described in Dr. Davis User’s Guide to the Developmental, Individual differences, Relationship-based (DIR) model to really challenge my child into his higher developmental capacities in a playful way that is enjoyable to him.

Last week in part 2, Dr. Andrea Davis suggested that the next steps for my Floortime with my son would be to do a lot more imaginary play, drawing my son into the story. This is where I begin, but first I had to get set up in a fun play session with my son. Prior to recording this video, my son wanted to play Mario Kart Hotwheels in a way that is familiar that we have been playing for about a week, following the PlayDoh race that you saw in last week’s Floortime video. In this new play setting on the floor, he asks me to set up his Jenga blocks in various ways. In this video, he wanted us to make a garage and a track for the cars as he prepared to have them race. Let’s watch how it went after that.

Become a member to unlock the Floortime video

Having the race track and garage all built with the Jenga blocks and ready to go, I saw that my son had brought up his Thomas trains as well as his Mario Kart Hotwheels, so I grabbed one and decided to be his voice as a commentator for the race. I commented on what my son was doing and slowed him down by ‘interviewing’ the cars at the start and end of each race. You can see that he has a good pattern going and wants to repeat it over and over because it’s so much fun. Two cars race, something happens to their car, such as they need new paint or a new tire, and then he chooses the next race pair. By being the ‘reporter’, I’m bringing in an element of challenge and novelty.

From Dr. Davis’ User’s Guide to the DIR Model, right from the start, you can see that I am jumping into the pretend world, while supporting my son at the lower capacities as well.

Without planning or thinking about it, I’m naturally doing what’s described in section Core Methods A which includes following my son’s cues (A.1), being responsive (A.2), building upward (A.3), using pretend play (A.4, A.7) and natural interests (A.5), and embracing feelings (A.8).

He is regulated and engaged and connected with me at the first two developmental capacities as I stay in the moment and naturally employ what I later realized, upon self-reflective review, were practices described in the book including 1.4 Lengthen attention, 2.1 Joint attention, 2.3 Share pleasure, 2.5 Emphasize affect, and 2.6 Interact.

At capacity 4, I am using 4.1 Stretch interactions and 4.8 Social flow to work up that developmental ladder and at capacity 5, 5.1 Use pretend, 5.2 Animate, 5.5 Vary emotions, and 5.6 Challenge and support. At capacity 6 under 6A: Emotional thinking, I am using 6.1 Narrate, and under 6B: Logical thinking, I’m using 6.7 Elaborate and 6.9 Make connections.

Other Floortime videos at Affect Autism

2016  Using Self-Reflection as a Tool in Floortime

2017  Another Look at Self-Reflection in Floortime

2018  Promoting Capacities 4 and 5 with Floortime

Example of a Floortime session

Floortime is about Connection and Shared Joy

Floortime is about Connection and Shared Joy: Part 2

Floortime is about Connection and Shared Joy: Part 3

* It was a complete coincidence that that Thomas and Friends train I chose was ‘Stanley’…or perhaps it was the supernatural influence of Dr. Stanley Greenspan himself seeping into my Floortime play! Haha!

Next, you’ll see that my son asks me to make a hole, imitating something that he sees in a level of Mario Kart. I add drama, as ‘Stanley’* the train, the ‘reporter’, and paint an emotional landscape of how scary it might be to fall into the hole. You can see he is intently listening as he turns his head to the side with his arms folded and then responds that someone will rescue them. When I ask who will be the rescuer and he says it will be me, I bring in 4.7 Genuine self and go back to my own voice, acting surprised that I will be the rescuer before resuming my role as Stanley, who comments on me being the rescuer.

As we continue on with the plot, I’m switching between my genuine self and being in character as the train ‘Stanley’. My son is completely engaged and following along, answering questions and coming up with answers as well as creating new ideas in his play. Although he isn’t really getting into the emotions too heavily, he is fine with me continuing to bring them up and does not seem bothered by it at all. It’s a good introduction point.

At one point when he suggests water, I see the opportunity to follow another of Dr. Davis’ suggestions by sneaking in some higher capacities. I snuck capacity 8: Gray area thinking into the mix when I talk about degrees of coldness of the water. My son describes it as being warm, then switches his answer to being cold, but isn’t yet ready for the gradations of intensity of the coldness. He does, though, seem to enjoy ‘Stanley’s’ commentary of repeating back what happened in each race.

Next, my son grabs a new train instead of another Mario Kart car and instead of waiting on him to tell me why he chose a train or what he wanted to do with the new train, ‘Yong Bao’, I jumped in too quickly and asked if Yong Bao is the new reporter. He was happy with that, so I continued as Yong Bao, using a slightly different voice and after a few minutes, our video ends. All in all, I was pleased that I followed up on Dr. Davis’ suggestions and that it went well. I am eager to continue to delve more into the plot and really try to get my son more emotionally involved.

Again I’d like to thank Dr. Andrea Davis for all of the helpful suggestions for follow-up in my Floortime play with my son, which I applied in this week’s Floortime video. I hope it is helpful to you in your own practice or with your own child to see how I applied her suggestions. If you enjoyed this post please consider sharing it on Facebook or Twitter, and please share any related experiences, comments, or questions in the Comments section below.

Until next week, here’s to affecting autism through playful interactions!

The Heart of DIR/Floortime: The ‘R’ and Genuine Affect